Today, Colonel Dr. Vu Hai Nam, Director of the April 30 Hospital under the Ministry of Public Security confirmed that the hospital had just recorded the first three cases of Omicron variant infection in the community. 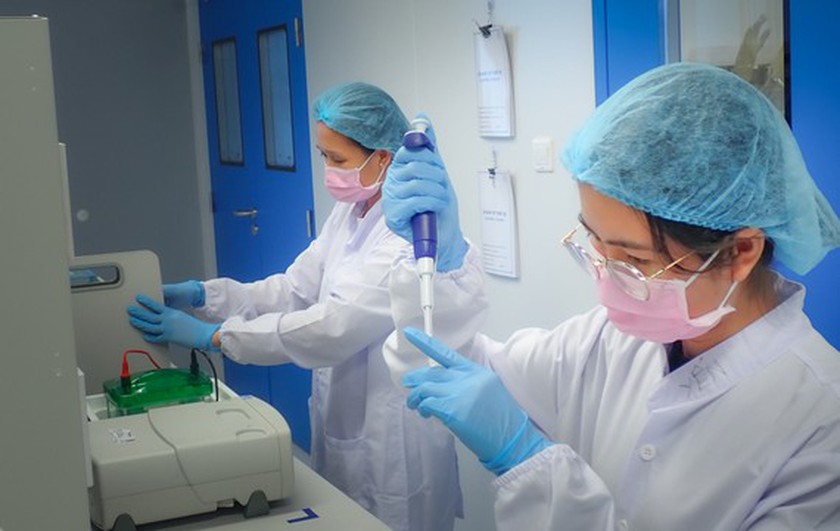 Immediately after the discovery, the hospital had a meeting with the epidemiology and preventive medicine experts of the Hospital for Tropical Diseases in Ho Chi Minh City and the City Center for Disease Control (HCDC) on the above cases.
The hospital received several test samples for PCR testing on patients with positive results for SARS-CoV-2 on January 15. PCR test results for SARS-CoV-2 using TapPath (Thermal Fisher Scientific) procedure at the hospital detected abnormal S gene, while PCR of other target genes showed normal results.
Immediately after that, the department staff reported to the Director Board of the Hospital and sent notification to relevant agencies. On the next day, the test samples were sent to the Hospital for Tropical Diseases for gene sequencing to confirm the SARS-CoV-2 variant.
By the afternoon of January 18, the test results conducted by the Hospital for Tropical Diseases has shown that all three genes belong to the Omicron variant ( BA.1).
Three patients hail in Binh Chanh outlying district, in District 11, and in Go Vap District.
On January 15, these three people had symptoms of a sore throat and runny nose, so they went to a private clinic to take a test sample (throat swab). The clinic sent it to the Hospital on April 30 for PCR testing. Infirmaries soon reported to the Department of Health yesterday. Healthcare workers were soon monitoring contacts of these patients.
By Thanh An - Translated by Anh Quan
Source: www.sggpnews.org.vn